A Day for the Momentary Slow Pace in Cape Town


Hello, and welcome to another exciting adventure in Cape Town, South Africa, where mountains look like tables,   Mandela still affects, and penguins are aplenty. On this exciting journey, we are tagging along with Hannah and Chase, both WT students. You can check out their VLOG by clicking this link.

We had until 3:30 pm to sleep. Or shop. Or do whatever. Point is, we were able to rest and chill. Going full throttle, nitrous tank opened wide, we were ready to refuel. Some of us took advantage of the pause, taking an extended vacation in dreamland. Others checked out early, tackling the city for amenities, things we forgot to pack, gifts, and of course, lunch. 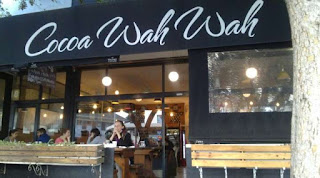 Within walking distance from Little Scotia are restaurants, supermarkets, malls and a number of other stores all peddling different services capitalizing on our tourist inclinations. Our humble resort away from home sits off the main road, our own little stretch of pavements guiding us to these lifelines. All students and staff piled into Cocoa Wah Wah, a local joint near our hotel. Cocoa Wah Wah ‘s flavors ranged from American to Mediterranean to African, catering to familiar and adventurous tastes. Mountains breathed their cool air into the open windows and doors of Cocoa W...! Most places don’t have central heat or air, relying on nature to provide its own innate HVAC system. Another thing common in South Africa (ZA) is “they don’t split the check up between people. They just give you one receipt and you have to add up all the things that you got,” says Hannah, giving advice to any future ZA tourists. Also, when ordering water, “you have to ask for still water if you want regular water because they also have sparkling water.” 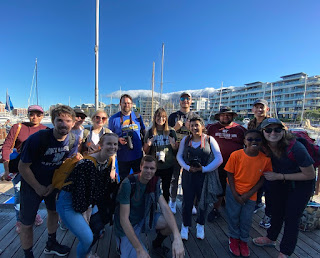 Remember the red bus tour? Yeah, the double decker bus written about in an earlier blog entry? Well, we had the premium package, which included a tour of Alfred Harbor, named after Queen Victoria’s son. The tour lasted about a half-hour, same headphone set, same voice over, same concept. In, out, and around the water front we went, never waking or making it to sea, just hugging piers and jetties until time to disembark.


The Waterfront and Aquarium 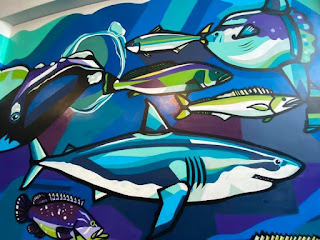 So, here’s the thing: our boat ride was supposed to last 2 hours, our nautical non-essential crew adrift outside the city, the Atlantic painted by sunset. Due to miscommunication (not on our end), that didn’t happen. Instead, we took the kiddie ride version. Regardless, we had time to kill, and since we were already at the waterfront, might as well let the tourism market exploit us to the fullest.

We hit up the aquarium first. Upon entering, we scattered like kids at Wonka’s. Black lights highlighted the natural fluorescents of the jellyfish and other aquatic wildlife. Clownfish pooled atop a viewing window in which one could climb under and see Nemos galore. Hannah a few others pet some “slimy” fish and coral, a “way cool” experience. Penguins nipped at curious fingers. Sharks swam around in their giant tank, their open-mouth grin revealing a nice set of slice-n-dice teeth. Rays glided over the observation tunnel, wings rippling like sound waves. Immersed in various oceanic habitats, we lost track of time, but the lady on the PA system reminded us that the aquarium would be closing soon. 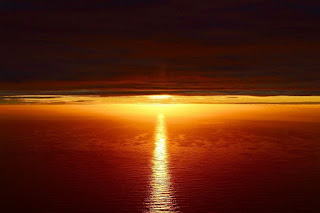 We planned to head home at 9, giving us two hours to hopscotch among the stores and restaurants on the waterfront. One mall boasted the posh and gaudy. The other, super-Americanized with globally recognizable brands/shops with a couple local flair thrown in to add personality. For Hannah and Chase, as well as several others, they ended up dining at San Marco, a cozy Italian eatery looking out over the harbor. Nothing like creamy pasta and new friends to commence the New Year..The painted sunset upon the Atlantic didn’t hurt either. Cheers!

The Long Journey to South Africa 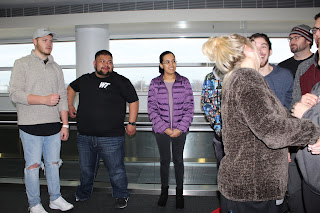 By Dane Glenn and Maria Valles We were up before sunrise, eager to skip the journey and arrive at our destination. But since reality does not have a fast forward button, or gratuitous montage sequence software, we were stuck; forced to deal with long lines, day-old clothes, TV dinner inspired food,   and sleep as consistent and refreshing as American politics. Travel days (yes, plural) had arrived. Welcome to Cape Town Study Abroad version 2.0. The inaugural trip took place over the course of Spring Break of 2018. Almost two years later, the second journey has started, taking place over New Year’s Eve and into mid-January, the sequel started. Sixteen travelers altogether: eight WT students, one student each from Wellington and Dumas High School, two WT staff members, three WT faculty, and an adorable plus one chose to take part in the program. Dallas Our point of origin, at least in terms of booked flight out. We all found our way down to the Big D. Alarms breached the
Read more

The Parent Perspective; A True Compliment! 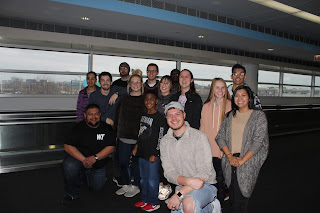 By R. Brady This year my family celebrated the new year twice in one day. The first time was a nail biter. To explain, I have to jump back in time. Just a few days earlier we had sent our son back to college after spending Christmas break at home. He needed to pack up things back at his home-away-from-home and get ready to leave on a trip to South Africa. He is part of a study abroad group from West Texas A&M University. Back to the nail biting. As parents of three college students, my wife and I are working through the process of watching our children transition into adults. They are moving away, planning a wedding, traveling to a foreign country, and forgetting to text their mom. All during the Christmas break. This makes life a little tense at times. All was good after we heard that our son and his group had safely arrived in Cape Town after several days of travel. They arrived just in time to ring in the new year on South Africa time, which is 8 hours ahead
Read more